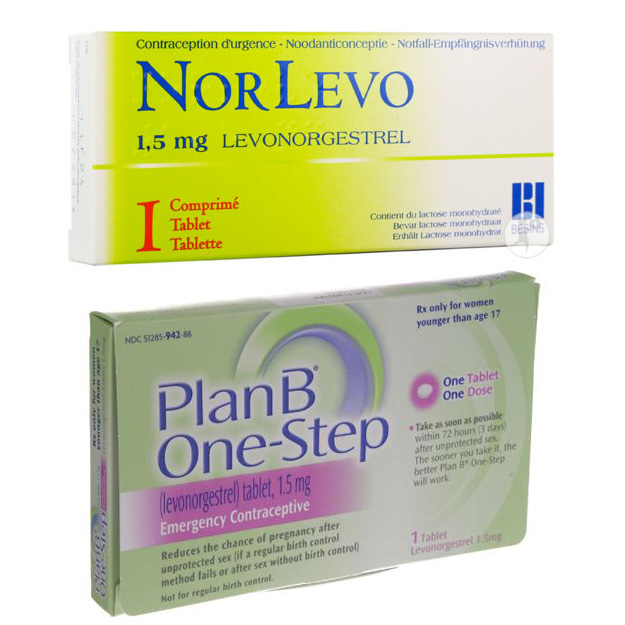 The New York Times ran a story today explaining that the best available scientific studies have found no abortifacient effect for emergency contraception. The evidence won’t be news to those who have been reading this site, but it’s a good layperson’s overview. It was also interesting to read about how the supposed anti-implantation effect made it onto the Plan B label in the first place. Spoiler alert: it wasn’t because there was any evidence for it.

Today is the National Day of Action for the “Back Up Your Birth Control” campaign, which aims to increase awareness and use of emergency contraception (EC). Since there has been a lot of talk in pro-life circles about EC being “abortifacient,” and in particular about the Affordable Care Act “mandating the provision of abortifacients,” I thought this would be a good opportunity to discuss the mechanisms of action of emergency contraception pills and clear up some misunderstandings.

1. Plan B does not cause abortions.

The best available evidence indicates that levonorgestrel emergency contraception pills, often known as LNG ECPs or Plan B, have no mechanism of action other than prevention of fertilization. Plan B stops ovulation, and may also inhibit sperm transport. Studies designed specifically to test whether LNG ECPs prevent implantation found no evidence that they do.

2. Whatever definition of pregnancy or abortion is being used, Plan B still does not cause abortions.

Abortion advocates often dismiss claims that EC is abortifacient by saying that it does not disrupt an “established pregnancy,” meaning that it has no effect upon an implanted embryo. The definition of “pregnancy” used by the American Medical Association and the American College of Obstetricians and Gynecologists, among other medical authorities, refers to the specific physical relationship between a woman and the child she’s carrying that begins when the embryo implants. Some have charged that this definition of pregnancy is politically motivated. Whether or not that is the case, it is nonetheless the definition that’s currently in use. (The ACOG actually argues that “conception” should be defined as successful implantation, but that definition hasn’t really caught on.)

Although the term “abortion” is often used in everyday language to refer to the killing of an embryo or fetus, in medical terminology it specifically means the ending of a pregnancy with resulting death of the embryo or fetus. To aid in communication, it might be helpful to use the term “contragestive” when referring to a substance or device that prevents gestation of an already-conceived embryo. Contragestives are not abortifacient in the strictest sense of that term, but neither are they contraceptive by most people’s definition. And of course, it is the induced death of the embryo or fetus, not the ending of the pregnancy per se, that pro-lifers object to.

3. Product labeling which states that Plan B may inhibit implantation is based on out-of-date information.

Opponents of EC often point to the product labeling that says “In addition, it may inhibit implantation (by altering the endometrium).” However, that language is based on what was known at the time that the product and labeling were submitted to the FDA for approval. At that time, there was still speculation that it might prevent implantation. Subsequent research has found no post-fertilization mechanism of action for LNG-ECP. The product labeling is simply not up to date.

4. Emergency contraception works after intercourse because fertilization does not take place immediately, and can be prevented if ovulation is prevented.

Contrary to popular belief, a woman does not have to be ovulating at the time of intercourse in order to conceive. Sperm can live up to five days in a woman’s reproductive tract. Thus, conception can take place even if a woman ovulates several days after intercourse. EC works by preventing ovulation if it has not already taken place.

Ulipristal acetate, also known as UPA or by its brand name of ella, is effective for a longer period of time after intercourse than Plan B. The reason is that UPA is capable of delaying ovulation even after the luteinizing hormone (LH) surge, when ovulation is imminent, whereas Plan B is only effective when taken before the LH surge.

UPA is chemically similar to mifepristone, also known as RU-486. Because of this, many people have assumed that it must also induce abortion. Drugs in this class administered at high or repeated doses cause changes to the endometrium that may theoretically impair implantation. However, ella is a relatively low dose of ulipristal administered once. One study has shown that if administered shortly after ovulation, UPA can decrease endometrial thickness by 0.6 ± 2.2mm. Although some researchers who consider prevention of implantation to be contraception viewed that as an indication that ulipristal could be used as a “contraceptive,” in fact it has not been demonstrated that this relatively small effect on the endometrium is enough to inhibit implantation. Only one of the 61 women in the study, on a dose more than 3 times that used in ella, had what was considered a thin endometrium (less than 6 mm).

Concerns have also been expressed about the possibility that ella could cause miscarriage. So far, women taking ella have been found to have miscarriage rates in line with the rate in the general population.

The mechanism of action of UPA has not been thoroughly described and women who are unwilling to risk even the possibility of a contragestive effect should avoid it. However, it cannot be factually stated that a single dose of 30 mg of UPA, as used in ella, is known to have any mechanism other than the prevention of fertilization.

6. That UPA could theoretically be used off-label in higher doses to induce abortions doesn’t mean that it can’t be used for legitimate purposes.

Following a Supreme Court decision in February which inaccurately declared that emergency contraception is abortifacient, the Honduran Congress is poised to make distribution or use of levonorgestrel emergency contraception (LNG EC) a crime punishable by jail time. Once again, we see that misinformation about EC has severe consequences. The best available research shows that LNG EC has no mechanism of action other than the prevention of fertilization. The blog Feministas en Resistencia Honduras has more information (English translation).

Elise Hilton is the mother of an intellectually and psychiatrically disabled young woman who was recently raped. As Meghan discussed in a recent post, women with disabilities are at pronounced risk for sexual abuse and assault.

It fell upon Hilton to decide whether or not her daughter should take Plan B emergency contraception. As LifeSiteNews.com reports, Hilton decided against Plan B for her daughter on the grounds that the drug may "take the life of an innocent child."

But up to date, correct scientific information about Plan B probably could have saved Hilton a lot of her agony over this decision and alleviated her fears of endangering a very young grandchild. Levonorgestrel type emergency contraceptives work entirely before conception. In fact, they have no possible mechanism for hindering implantation or otherwise working after sperm meets egg.

How often do rape victims and their loved ones suffer unnecessarily because of the myths out there-spread by prolifers and prochoicers alike-about emergency contraception and how it does and doesn't work? How many unintended pregnancies and abortions happen?

We wish Hilton and her daughter healing. We call for people to rise up against the rape and abuse of human beings with disabilities and bring an end to it. And we will work all the more to replace misinformation about Plan B with the facts that rape survivors and their loved ones need and deserve to know in the midst of a crisis.