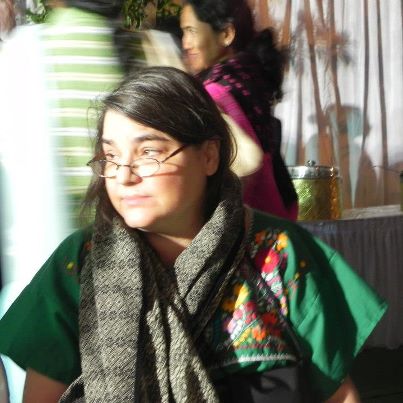 At the conference held for the 25th anniversary of Consistent Life (of which All Our Lives is a member group), Mary spoke with Elizabeth Palmberg about her views on how abortion relates to issues of reproductive justice faced by women, as well as to other forms of lifetaking. This interview is reprinted, with permission, from the Fall 2012 newsletter of Consistent Life.

When I was small, I had a strong intuition that all lives are sacred. And I heard about women’s liberation; I heard the feminists burned bras, and this and that and the other thing, but there was something about it that, inside, made me cheer. I was always kind of a free spirit. What I learned in college, at Bryn Mawr, was that if you’re for women’s rights, you have to be pro-choice— something about that just didn’t sit right with me. I didn’t know many people who felt the same way who would talk about it. I came from a very conservative background, and I came out of college feeling that some of my earlier moral and political intuitions were validated by feminism and progressive politics. But this issue of abortion—I just could not get away from the feeling that this is violence and it arises from injustice against women.

I wanted to do something about violence, but I felt very discontent with the pro-life movement as such. I became a social worker and worked in pregnancy care services. When I became too disabled to work a “normal” job, I went to being a writer and editor; one of my specializations is recovering lost history.

I’ve written on black history, Polish-American history. And I’ve done work on early feminists—even though the situation is different today, obviously, they have a very keen analysis, that still holds, why women have unintended pregnancies and abortions.

Many people who identify with reproductive justice take a pro-choice stand on abortion, but there are many of us who don’t. Loretta Ross, the head of SisterSong, a very influential reproductive justice organization, talks about “perfect choice.” If everyone had the means to do what they wanted to do reproductively and sexually, that would be the state of perfect choice. Some people believe that in that state there would still be abortions, and others of us think that it would be rare to nonexistent.

So that’s why we started All Our Lives, and we’ve had very interesting dialogues, mostly behind the scenes, with both pro-life and pro-choice people. One thing that we’re finding is a niche that nobody’s taken up is that a lot of scientific research now suggests that methods that were considered abortifacient really aren’t—there is so much resistance to hearing that perspective. We also have on our website a PowerPoint presentation called “Family Planning Freedom is Prolife.” It gives 10 reasons, many backed up with scientific studies. It addresses a lot of myths that both pro-life and pro-choice people have.

“As many as God sends us” is a family planning choice, and natural family planning is one, but the important thing is I don’t think “choice” is an empty word. Some people think it’s a cover for all abortion all the time, but I think it’s very real. You can’t just talk about choice in a vacuum; you have to talk about how it’s compromised by issues of race, gender, disability, class, sexual orientation. Environmental justice is one; a lot of women are losing their ability to conceive when they want to because of environmental toxins.

Believing that all life is sacred, that means women’s lives too, and that means we do have a right over our own bodies. Pro-lifers often interpret that as a selfish demand, but I [don’t.] I remember Muhammad Ali, when I was a little kid, boasting about how great he was; a lot of white people were saying, “God, this man has an ego!” But after living in a black community for a long time and having an interracial family, I realized that that’s not egotism—that’s saying, “I’m somebody, I have value.” That’s what women are saying when they say, “We have a right over our own bodies.”

Now with pregnancy, it’s a matter of two bodies, two lives. Our responsibility has two sides: one is responsibility for pregnant women and their children, and the other side is the responsibility to respect women’s right to prevent conception when they want to. That is a difficult thing to write in the pro-life movement. Some Catholics have objections; the other thing is the belief in something called the “contraceptive mentality,” that if your contraception fails, that you automatically have an abortion—that doesn’t explain millions of pregnancy outcomes. It certainly doesn’t explain why I had my daughter and why she had her son. I know lots of women who use contraception in the knowledge that it doesn’t always work as intended. But if it doesn’t work as intended, then you and your child have a right to everything that will help you both survive.

A lot of [the bridge-building we at All Our Lives have] done so far is behind the scenes. We find, in surprising places, opportunities to join with people who have a common concern. We have found pro-choice people who say, “I don’t agree with you on abortion, but I have respect for your perspective because it’s consistent, because you value women’s lives.” We found pro-lifers who say, “That’s exactly how I feel.” We share a lot of supporters with the Pro-Life Alliance of Gays and Lesbians. One very interesting thing is that women of color, even those who identify as pro-choice, really can relate to this perspective. There’s probably a lot of opportunity for common ground there.

We have a small board; most of us have disabilities. We’re all female; one of our board members is a woman and an independent ordained Catholic priest. We’re not anti-religious; we’re open to people of all faiths. I’m someone with Catholic and Protestant ancestry, and I also practice Buddhism, and Jen Roth is an atheist. We really try to bring in multiple perspectives, which can be difficult sometimes, but so far it’s worked out really well.

I was involved in Feminists for Life, I think, from 1986 until I resigned in 2007. I don’t quarrel with what they do—what they do is good—but I left specifically in protest of their inaction on pre-conception issues. [They] said [they] couldn’t come to a consensus because people disagree. I feel like we’ve worked out another approach. I kind of understand; Catholics in the United States, including my white ethnic ancestors, Polish and Irish, were targeted for eugenics, and that collective memory is still there. That legacy is one reason it’s hard to talk about birth control in the pro-life movement. But I think it needs to come more out in the open, it needs to heal.

As a multiply disabled person who depends on expensive medical care, I am really concerned about the threat euthanasia poses, especially to people on public assistance. I think disability rights folks—who are often not included in the debates, but we have had some impact—have gotten people to think about the fact [euthanasia often] isn’t a free choice; it can easily slide into coercion. As for the death penalty, I really think that’s tied into racism, it’s tied into poverty. I know a family with a member who was eventually exonerated, but he was on death row for something like 14 years. He was a young man, and he lost those years of his life. So that issue has a very human face to me. All these issues do.

War is very tied in. I know people who have gone into the military for very noble reasons: they want to serve their country, they know that some things are worth dying for. It’s unfortunate that they’re dying for such horrible reasons.

I see a parallel between that and a lot of women I know who’ve had abortions. They are not evil people; they are people trying, like all of us, to make the best of very bad situations. I know women who’ve had abortions who go to either the pro-life or the pro-choice movements, and I see good people in both groups. A lot of women feel they have to have an abortion because it preserves a relationship with a man, or with their parents. They are concerned about the situation they bring the child into. I just think it’s unfair that women are placed in that position to begin with, that the whole karmic burden is thrown on that woman and that child. We always talk about most of these issues in terms of individual rights, but what about collective responsibility? I think that’s where Americans really, really have gone wrong.