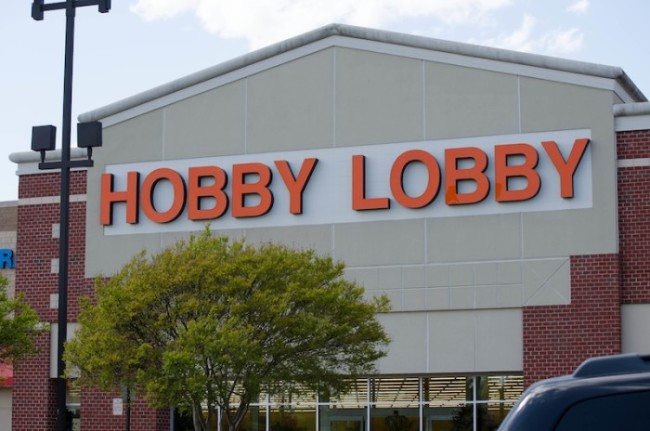 A lot of advocates for women’s health and for workers were pretty upset after Monday’s Burwell v. Hobby Lobby decision. The Lannisters even sent their regards. So of course, the Very Serious People arrived on the scene to tell us that it’s really no big deal and we shouldn’t get so worked up over it.

I don’t think so. Let’s look at some of the reasons people are saying that the holding was narrow and there probably won’t be any serious practical effects.

Claim: The ruling only applies to closely-held corporations.

True, but that doesn’t make it narrow. Over 90% of American companies are “closely-held corporations.” Those companies employ over 50% of American private sector workers. It’s true that most of them are unlikely to refuse to offer insurance that covers contraception (known hereafter as “standard insurance,” because by law that’s what it is), but that doesn’t mean the scope of the decision itself isn’t broad.

Claim: The ruling won’t have much effect because the affected employees will still get contraception coverage.

Well, they might. The HHS has created a system to accommodate religious non-profits who don’t want to offer standard insurance, and the Court said that for-profit corporations could be offered the same accommodation. It hasn’t yet been established that HHS has the legal authority to extend the compromise to for-profit corporations, though that does seem likely to happen. But there’s another problem. In Little Sisters of the Poor v. Burwell (formerly Sebelius), which is currently making its way through the Federal court system, a religious order is claiming the accommodation itself violates their rights because signing a form certifying that they won’t provide standard insurance means they’re directing the government to provide contraception coverage in their stead, and therefore cooperating with “evil.” It’s not impossible that the Court might say now that the government can provide contraception for Hobby Lobby employees, only to strike down the system they’re using to provide it later.

Claim: Hobby Lobby offers insurance that covers contraception; they were only asking not to cover “abortifacients.”

This is true in the case of Hobby Lobby itself. However, the decision applies to insurance coverage of all contraception. Basically, the Court used the concern over so-called “abortifacients” as cover to issue a broader ruling that will allow for-profit companies to deny all contraception coverage to their employees and their dependents.

In any event, the claim that the four methods in question are in fact abortifacient is highly contestable. I find it incredibly troubling that the Court felt no need to address the factual content of that claim.

Claim: The ruling only applies to contraception.

The majority said that people with religious opposition to vaccines, mental health screenings, or other services often covered under standard insurance might still have to cover them. At first, this seems to make the ruling more palatable; at least it affects fewer people and services than it otherwise might. But in fact, this is a problem precisely because the Court is singling out contraception as somehow unlike other medical services.

In any event, our decision in these cases is concerned solely with the contraceptive mandate. Our decision should not be understood to hold that an insurance coverage mandate must necessarily fall if it conflicts with an employer’s religious beliefs. Other coverage requirements, such as immunizations, may be supported by different interests (for example, the need to combat the spread of infectious diseases) and may involve different arguments about the least restrictive means of providing them. [page 46 of the majority opinion]

I’m not sure how the least restrictive means test would ever have a different result; after all, the government theoretically could step in and set up a program to cover any specific type of medical care. I think this comes down to “supported by different interests.”

Contraception is covered as part of standard insurance because the ability to plan and space pregnancies is good for women’s and children’s health. If the majority genuinely found that interest compelling, it would make no sense to argue that other coverage requirements might pass muster due to serving different (super-duper compelling?) interests. I don’t think they did, lip service to the contrary notwithstanding; there was not one mention in the opinion of the health benefits of family planning. It’s hard not to wonder whether the majority simply don’t think of contraception as “real medicine” like vaccines.

If HHS extends the religious nonprofit accommodation to cover closely-held corporations and if the court doesn’t strike down the accommodation, it may be that the practical effect of the decision is small. That’s the best-case scenario, and it’s certainly possible. No, SCOTUS didn’t ban birth control, and it’s not The Handmaid’s Tale. But it’s still a big deal.