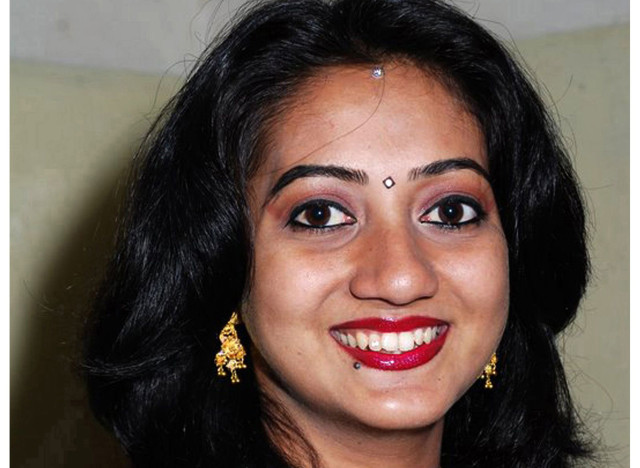 Savita Halappavanar’s death is outrageous, terrifying, sickening … who has enough adjectives for letting a woman die because “this is a Catholic country”?

Assuming that the Irish Times’ account of the horrific last few days of her life is accurate, Halappanavar’s doctors didn’t so much as start her on antibiotics until the third day of her miscarriage, when she was already very ill. They refused to induce delivery of her dying unborn child even as she became sicker and sicker from the infection that ultimately killed her. They claimed that Irish law would not allow them to do anything while there was still a fetal heartbeat — but that doesn’t seem to be the real reason for their refusal to save her life.

I’m neither a lawyer nor Irish, so I’m going to try not to comment in detail on specific points of Irish law when I’m not qualified to do so. That said, here’s what I do know:

Abortion is illegal in Ireland except where there is a real and substantial risk to the life (as distinct from the health) of the mother. Under current legal precedent, this exception includes where there is a clear and substantial risk to the life of the mother arising from a threat of suicide. You should undertake a full assessment of any such risk in light of the clinical research on this issue.

It is lawful to provide information in Ireland about abortions abroad, subject to strict conditions.

You have a duty to provide care, support and follow-up services for women who have an abortion abroad.

In current obstetrical practice, rare complications can arise where therapeutic intervention (including termination of a pregnancy) is required at a stage when, due to extreme immaturity of the baby, there may be little or no hope of the baby surviving. In these exceptional circumstances, it may be necessary to intervene to terminate the pregnancy to protect the life of the mother, while making every effort to preserve the life of the baby.

Both of these point to a legal and medical consensus that Halappanavar should have been treated. Furthermore, there is no ethically defensible argument that she should have been left to die. Her child’s life could not be saved. It’s very possible that hers could have been. Letting her die gave no possible benefit to her child, flagrantly disregarded her own right to life, and has devastated her family.

Evelyn Fennely, an Irish supporter of All Our Lives, has also written a post on the Halappanavar case. She argues that under Irish law, medical standards, and even Catholic doctrine, inducing delivery or otherwise removing the dying child from her body to avoid further infection would not only be permissible, but would in fact be the standard and expected course of action.

The treatment that Savita Halappanavar required was legal and permitted under the Medical Council guidelines. Why did the medical team not induce as they could have? Was the doctor able to make a correct diagnosis? Was the doctor capable of performing treatments in such scenarios?

These questions should be answered as part of the three investigations that have been launched into the matter. Hopefully these investigations will explain why medical staff at UCHG did not provide treatment for miscarriage, when such medical treatment is legal and standard practice in cases such as Mrs. Halappanavar’s.

If the allegations that the medical team withheld treatment are true, I believe that we can expect the Medical Council to strike off the doctor(s) at the centre of the case. And doctors who withhold treatments and ignore the Council’s guidelines on best medical practice in such cases should be struck off the medical register.

The Medical Council is clear that in cases where the fetus is still alive, treatment is allowed even if “there is little of no hope of the baby surviving”. That she wasn’t treated is a failure of the hospital and medical team, not a problem with the law or with Medical Council guidelines. Necessary medical treatment during pregnancy, even if fetal death is inevitable, is legal in Ireland (and should remain so). In fact, it is standard medical procedure in cases like Savita Halappanavar’s to expediate delivery. She should not have been made to hang on for as long as she did – if the details that are being reported are correct, her case was grossly mismanaged.

Savita Halappanavar’s life was precious. It’s not “pro-life” to throw it away through medical negligence or incompetence, or out of some misguided and misogynistic notion that pregnant women have no right to save their own lives. And if in fact it is true, as some are arguing, that the hospital believed they might be legally liable for treating Halappanavar, that only underscores the need for legislation to clarify the fact that women have the right to life-saving medical care. (Although I have a hard time believing anyone thought they would go to jail for giving her antibiotics. Something else seems to have been happening here.)

Please email Enda Kenny, the Irish Taoiseach (Prime Minister), at taoiseach@taoiseach.gov.ie to say that you support an inquiry into why University Hospital Galway denied Savita Halappanavar treatment that she had every legal and moral right to.