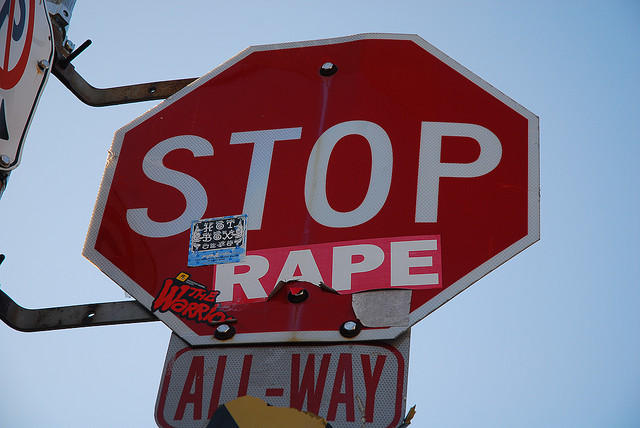 So Todd Akin, who thinks that pregnancy resulting from rape is “really rare” because “If it’s a legitimate rape, the female body has ways to try to shut the whole thing down,” announced yesterday that he is staying in the Missouri Senate race. I hardly know where to start. I guess a grounding in reality is the first order of business: Yes, of course women become pregnant as the result of rape. No, it’s not “really rare” — although few studies exist, the best available evidence indicates that the conception rate for rape is roughly equal to that for the average act of consensual PIV intercourse. No, there is no “certain secretion” that kills sperm when a woman is raped. That’s made up. No, it is not true that women who are “truly” raped can’t get pregnant because “the juices don’t flow.” That’s made up. No, even though ongoing stress can make conception and carrying to term more difficult for some women, the stress of being raped does not in itself make conception impossible or highly unlikely.

I think a lot of people don’t fully understand what the problem is with Akin’s statement. That a public figure is blithely, proudly ignorant about subjects on which he proposes to legislate is appalling. (I feel like I have to say that, because I’m not sure that’s something on which we agree as a country. Akin serves on the House Committee on Science, Space, and Technology, after all.) But it’s so much more than that.

Women who have been raped automatically fall under suspicion in a way that virtually no other crime victims do. When was the last time you discussed a theft, and someone felt the need to disclaim that the victim might have actually wanted to give the thief money, or might be lying about the whole incident ever happening? That happens in virtually every discussion of rape outside of explicitly feminist and anti-rape spaces, even though evidence points to false accusations of rape being no more common than false accusations of other crimes, at between 2-8%.

So when Todd Akin and the people defending him claim that pregnancy due to “legitimate” rape (as Akin later clarified, he means “legitimate” as opposed to those cases where women are lying) is rare or impossible, they are doing two things. First of all, by accepting the double standard on the need for the “legitimate” qualifier, they are tacitly promoting the falsehood that women who say they have been raped are to be trusted less than people who report other crimes.

It gets worse. If a person believes that pregnancy due to rape is extremely rare, but lying about rape is common, what are they likely to believe when a woman says her pregnancy resulted from rape? That she’s lying. That she doesn’t need help, that she is someone who is trying to hurt others and not someone who has herself been hurt. If you think that what Akin said is OK, could you please try to imagine yourself in the shoes of that woman for just one minute?

By contributing to the suspicion that rape victims already face far too much of, Akin and those who defend his claims about pregnancy due to “legitimate” rape make it more likely that women will not report their rapes or will not be believed if they do. They make it more likely that rapists will get away with it and rape again. They also make it harder for women who have become pregnant as a result of rape to carry to term and raise their children. If a woman knows that she will be suspected of lying about her rape if her pregnancy becomes known, and might even have to share custody or allow visitation by her rapist, how much weight must that add to the abortion end of the scale?

This is rape culture. It hurts women. It hurts children conceived as a result of rape. It’s unacceptable.

What’s also unacceptable is all the apologism from groups saying we should ignore Akin’s “unfortunate” choice of words because he’s such a staunch defender of the unborn, and the only reason anyone would get so worked up about what he said is because they’re pro-abortion.

Missouri Right to Life apparently had no comment on the substance of Akin’s remarks, and would say only that they support him.

Connie Mackey, head of the Family Research Council’s PAC, said “I don’t know anything about the science or the legal implications of his statement. I do know politics, and I know gotcha politics when I see it.”

And worst of all, the Susan B. Anthony List, which disgracefully continues to use the name of one of America’s most prominent feminists, called Akin an “excellent partner in the fight for the unborn” and claimed that “Abortion supporters like Sen. Claire McCaskill are trying to use this issue as a smokescreen to hide from their radical, pro-abortion records.” As though there was no other reason to oppose Akin’s ignorant, harmful views.

Even if your idea of what “pro-life” means revolves solely around electing politicians who will vote for restrictions on abortion, one doesn’t have to support McCaskill to demand a better candidate than Akin. Akin can still withdraw in the next five weeks and be replaced. Is there really nobody better available? Are there no pro-life candidates who are knowledgeable and sensitive about women’s lives? And if not, if this is truly the best “pro-life” can muster, why would any decent human being want to identify with “pro-life”? About 75% of the time I don’t want to apply that label to myself, and these people are the reason. (The other 25%, I want to reclaim it.)

Even if the pro-life establishment can’t bring itself to demand better than ignorance and misogyny from its representatives, we can. We can contact Todd Akin’s office and explain to him how his comments hurt women. We can contact Missouri Right to Life and the Family Research Council and the Susan B. Anthony List and tell them that the cause of protecting human life before birth is not helped by spreading hurtful lies about women. We can tell them that hurting women is anti-life. We can tell them that we won’t stand for being represented by people like Todd Akin, and they shouldn’t either.