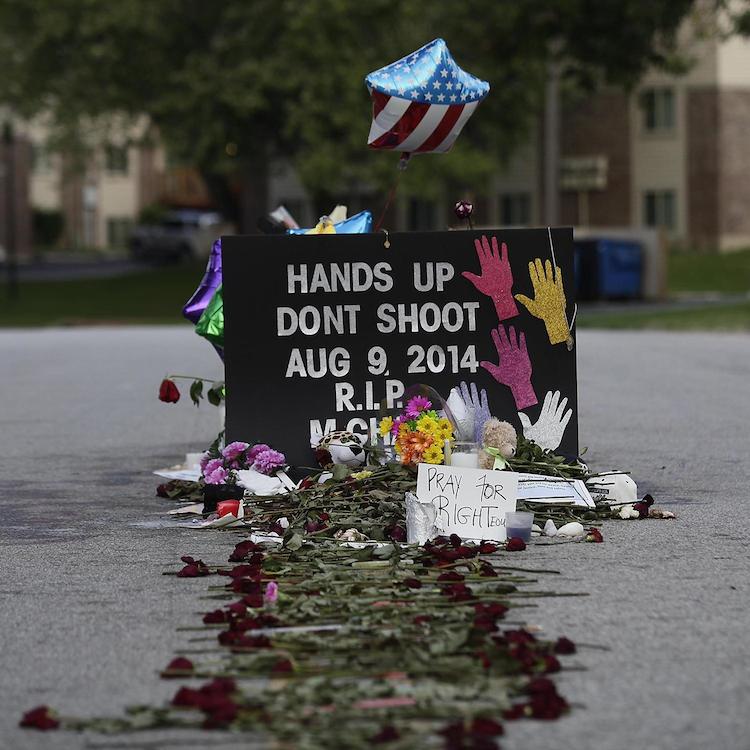 “Face it, blacks. Michael Brown let you down.”

Does that headline get your hackles up? It got mine up. But then I read the article, and it was devastating. The author describes the experience of hoping that this time, someone would care that an unarmed black kid had been killed by the police. Maybe this time, someone would think that Mike Brown — and his community — had gotten far worse than they deserved. Until people went looking for reasons why he must have brought it on himself.

For a moment there, things were looking pretty good. A boy shot multiple times with his hands up. College bound. Poor. Innocent. And in response: helicopters and tanks. Maybe this time, we thought, they would believe us.

But that’s all been ruined.

We now have all sorts of reasons to make us doubt Brown’s humanity. He may have stolen some cigarillos. He may have been facing the officer when he was shot. He got shot in the top of the head, which might mean that he was surrendering, or might mean he was being defiant. He made amateur rap songs. Perhaps worst of all, he’s been caught grimacing at a camera making a contorted peace sign, and it turns out that he was pretty tall.

And Fox News has been trying to cast doubt on whether he was actually going to go to college in the first place.

All signs that his life was worth less than we might have hoped.

The inevitable had happened. Apologists for police violence had successfully painted Mike Brown as a “thug” who deserved what he got. If the question is “what could a black person do that would make their death not their own fault?”, there’s no answer. The question should be “why are black people required to prove — over and over again, in a rigged game — that they don’t deserve to be killed?”

Remember literacy tests for voting? They were ostensibly in place to ensure that applicants were educated enough to qualify as voters. But in reality:

If you don’t want to grant someone a status in the first place, any excuse to revoke it will do. So it is with the right not to be killed. If people wanted to see an 18-year-old black man as a fully human person deserving of the right to life, then video of him allegedly swiping a handful of cigars and shoving a store clerk wouldn’t change that. Photos of him making a hand signal wouldn’t change that. Rap lyrics wouldn’t change that. That he was tall and heavy wouldn’t change that. How do I know? Because white people miss those questions on the humanity test, as it were, all the time without being dismissed as thugs who need killing.

For obvious reasons, nobody who considers themselves pro-life should embrace an ideology that requires human beings to pass tests to be considered worthy of living.

And speaking of pro-life, consider this: In the United States, the abortion rate is highest among black women. Black women in America have 40 abortions per 100,000 women — almost 4 times the rate among non-Hispanic white women. That’s 360,000 black lives ending in abortion every year. That’s who knows how many black women ending up in clinics like Kermit Gosnell’s. How many of those abortions would have been avoided if black Americans, on average, had the same healthcare, access to resources, and life prospects as white Americans? If we acted like black lives, born and unborn, really matter?