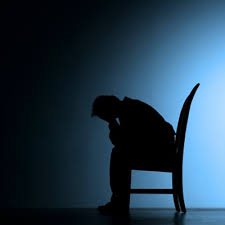 With the tragic and heartbreaking news of Robin Williams’ death by suicide, many people have been contemplating the reality of severe clinical depression and asking how it could have crept into the life of someone as talented, fulfilled and beloved as Robin Williams. I myself derived hours of enjoyment, solace, and even edification from his movies, some of which dealt sensitively with the topic of suicide. Perhaps his death illustrates that depression is not a character flaw; nor is it a respecter of persons.

I am more than disheartened to witness the inevitable comments that have appeared on the internet in response to the news that he was battling early onset Parkinsons’ disease. Underneath an internet story on this news, one commenter wrote:
.
It gives some basic level of comfort in that Robin was successfully fighting his depression but got sidetracked by a disease with a lousy prognosis. I feel that his actions now weren’t of depression but of self determination. I truly feel, that when faced with imminent deterioration of function, the decision is that of the individual. I’ll miss you Robin, I grew up with you from age 10 on Happy Days and Mork and through your career, but I’ll always respect your decision.

As mentioned in the related news story, scientists have established that Parkinsons inhibits the production of dopamine, which, like serotonin and norepinephrine, is responsible for facilitating concentration, energy and feelings of well-being. Major depression is already indicated by a lack of these chemicals; hence, I imagine that Parkinsons-induced depression could push someone with preexisting depression into a psychological meltdown. Perhaps Williams situation frayed his connection with humanity’s innate survival instinct, giving previously checked suicidal impulses uninhibited access to his mind. Whatever the case, what happened on August 11th indicates that when he killed himself, Williams was not successfully fighting his depression: he fought valiantly, but he lost that battle.

Moreover, the respect this commenter is offering to Williams only exacerbates the situations of people with unmet mobility needs. We are approaching the second decade of the twenty first century, yet people who use wheelchairs, respirators, or other mechanical devices to engage our world; as well as those with psychological and cognitive anomalies that preclude our society’s narrow concept of independence, still lack the right to receive related services in their homes.

This would likely not have been a problem for Williams, who probably would have been able to fun the receipt of such services himself, as can others with a solid middle to upper class income. Hence the error of validating actions based on the resources of a privileged few: the underprivileged are always left to experience the negative consequences of that action. Such people need support, compassion, accommodation and access to treatment; not a choice between marginalization or death.

Ultimately, the attitude expressed by the aforementioned comment reflects a meme with universal and oppressive implications: Being impaired and/or requiring the help of others is worse than anything else. Death, despite its historical role of inducing near-pathological fear, is suddenly perceived as good. No one can know what lies beyond the grave, but let us not push ourselves or our loved one toward it with empty, privileged platitudes of “self-determination.” Instead, let us do the hard work of providing whatever individuals need to regain fulfilling lives.

View all posts by Meghan